HMRC asset seizures at businesses up 145% in a year

Value of outstanding debt hits £42.6m last year — up 175% — while demand for specialised funding for tax bills is growing

The number of businesses whose assets were seized by HMRC in order to settle outstanding debts grew sharply in the last year, up 145%, from 649 in 2014/15 to 1,592 in 2015/16, says Funding Options, the online business finance supermarket.

Funding Options adds that HMRC seized assets to recover £42.6m of outstanding debt in the last year, an increase of 175% from the previous year where debts to the Revenue totalled £15.3m.

Funding Options explains that under a power called ‘taking control of goods’ HMRC can seize assets in order to settle debts from businesses that have been unable to pay their overdue tax bills. The assets seized are then sold at auction in order to recover the money owed to HMRC.

However, the seized goods will often achieve a far lower price than expected leaving the business with fewer assets and still indebted to the Revenue. 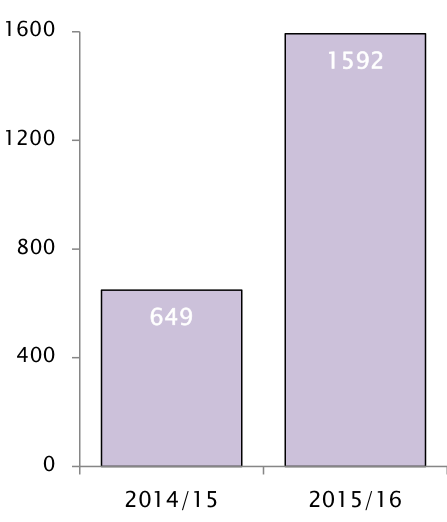 Funding Options adds that although this tactic is often a last resort for the Revenue, the growing number of businesses who have had their assets seized through this method in the last year suggests that HMRC are cracking down and using increasingly aggressive methods to recover overdue tax.

Funding Options says that the significant increase in businesses affected as well as the value of the outstanding debt is a clear indication that businesses are struggling to pay their overdue tax bills.

Small businesses, whose access to bank lending has been significantly reduced in recent years, are particularly at risk of having their assets seized. SMEs typically have a more volatile cashflow than larger businesses and finding the relevant capital at the key points in the year can be difficult.

Many small businesses are now looking to alternative finance to help pay these tax bills, with products that deal specifically in funding for tax bills increasingly popular.

Funding Options explains that under taking control of goods businesses are given seven days following a visit from a Bailiff to pay their overdue tax before their assets are seized. However, the increase in the number of cases suggests that despite this warning, businesses are still struggling to find necessary capital.

Graph: Value of outstanding debt to HMRC to be settled by taking control of goods soars by 175% 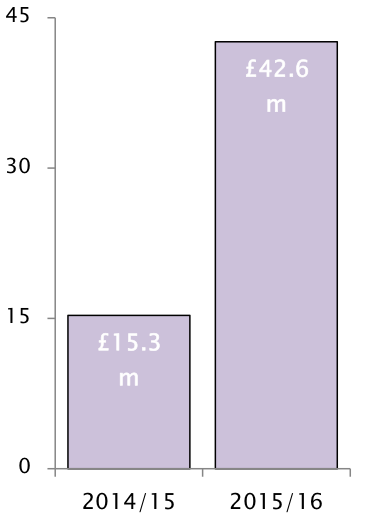 “With the stark rise in asset seizing it’s clear that HMRC is cracking down on those businesses with overdue tax bills.”

“Businesses must ensure they have sufficient funding in place to pay tax bills on time, without taking up capital from other aspects of the business.”

“Small businesses in particular will also need capital in order to invest in and grow their business so it's vital there is also cash left over for this purpose, after the important bills have been paid.”

“Often small business owners aren’t aware of the many options available to them outside traditional bank lending — P2P lending, crowdfunding, asset finance and invoice finance as well as specialist products designed to finance tax bills can all be viable routes for SMEs to access the capital they need.”

“With pressure on HMRC to increase tax receipts, its becoming increasingly important that businesses make sure their tax affairs are in order and bill are paid on time — finance can play a large part in ensuring that this is the case.”