Funding Options says that the UK’s top 50 pub companies turned over £10.6 billion in the last year*, up from £10.26 billion a year earlier.

But the lion’s share of this growth came from the top ten pub groups, including JD Wetherspoon, Greene King and Mitchells & Butlers, which saw their revenues rise 3.5%, from £8.84 billion to £9.15 billion. 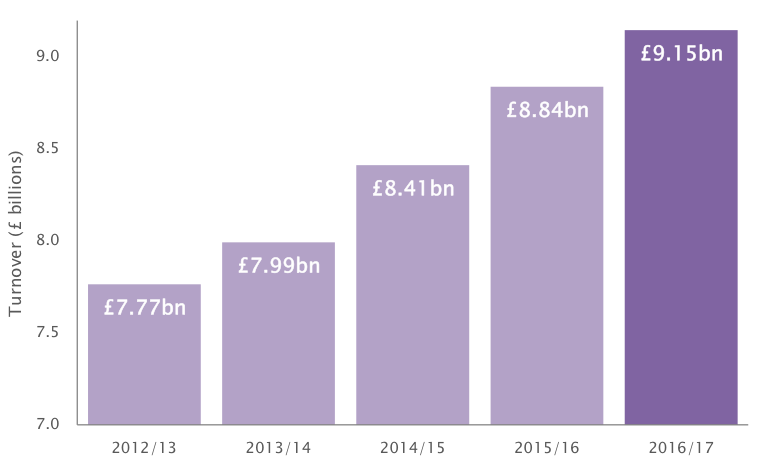 ...While the rest of the top 50 lag behind as they struggle for finance 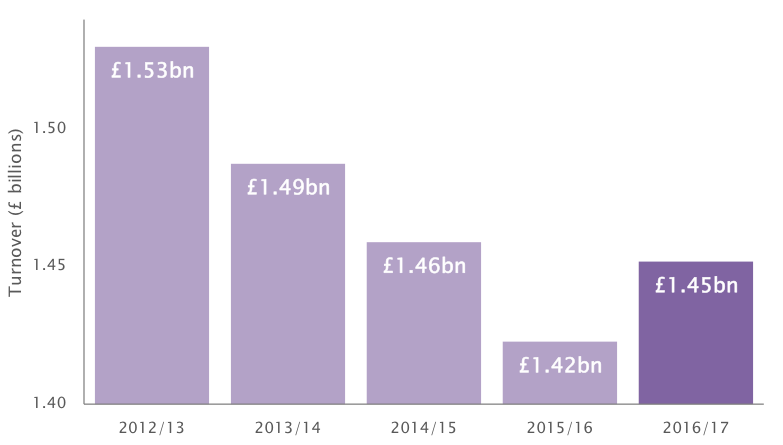 Funding Options says that a lack of lending to the smaller pub companies is a major driver of the slow turnover growth. It explains that after the wave of pub closures following the credit crunch, banks have significantly reduced their lending to pub companies outside of the very largest national chains.

Funding Options’ research shows that the top ten pub groups had outstanding borrowings of almost £11 billion in the past year, virtually unchanged on the previous year. The rest of the top 50, meanwhile, saw their borrowings fall by another 4.1% last year, making a 22% fall in just four years (see graph below). 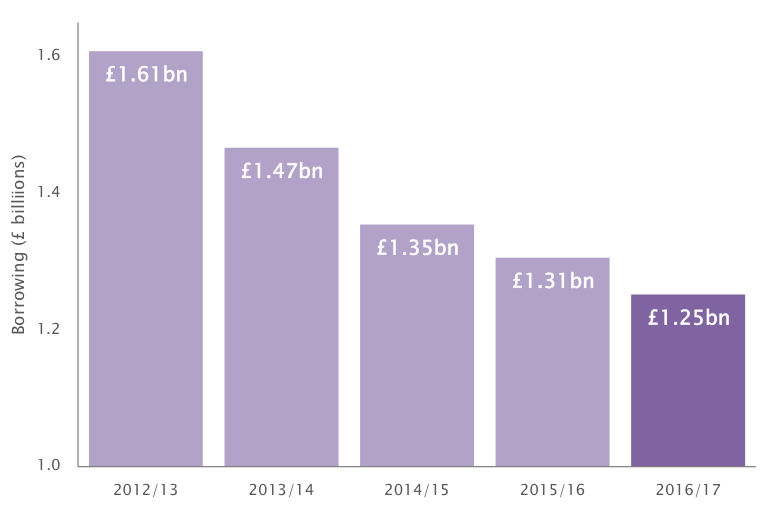 The business finance supermarket explains that a lack of funds to invest in renovation and refurbishment of their estates is holding back many mid-sized pub chains from being able to compete with the largest pub groups.

“The pub sector overall seems to have recovered well from the beating it took during the recession, but it’s the big players that have taken the lion’s share of that recovery.”

“Taking on the biggest pub chains is impossible without making significant investment into environment and equipment – and the retrenchment from the banks means a lot of the mid-sized chains haven’t been able to do it.”

“A lot of pub chains outside the top ten just don’t fit the risk profile for banks these days, and alternative finance is going to play an increasing role in filling the gap created.”

“For a lot of pubs, an asset finance deal to upgrade kitchens, furniture and equipment is likely to make a lot of sense, and there are a lot of lenders looking to increase their books in that market.”

“Pub groups need to look at all the options they have to make sure their estates benefit from the investment they need to eat into the market share of the biggest players.”