The turnover of the UK’s computer games industry has increased by over a third in the last year, rising 34% to £697m*, from £522m the previous year, says Funding Options, the online business finance supermarket.

The research from Funding Options shows that growth in the industry has accelerated, following a period of little or no growth. Turnover in the industry has grown from £439m and £415m in 2013 and 2014 respectively to break the £600m barrier last year.

Funding Options says that a key driver of the computer games industry’s growth has been the increasing popularity of mobile-based games. While the UK games industry is renowned for developing console-based games series like Tomb Raider and Grand Theft Auto, UK developers have produced popular mobile games such as:

Funding Options adds that another reason for the industry’s strong performance has been growing consumer demand for new games. The UK spent over £5bn on games in 2017, which is 12% more than in 2016.**

This continued demand could be in part down to the rise of e-sports, which could also stimulate the industry’s growth in the future. The BBC, for example, has recently started showing coverage of e-sports competitions on its BBC Three service.

Conrad Ford, Founder of Funding Options (www.fundingoptions.com), says: “With a seemingly insatiable consumer appetite for cutting edge, interactive games, there is no reason why the industry’s success cannot continue.”

“Provided the UK’s gaming industry remains at the forefront of gaming technology and able to pivot to new platforms as they emerge then growth should continue. However, converting output to new platforms can be capital intensive and impact returns for investors in the short term.”

“While some of the more established developers can invest in their own growth, many of the small development houses need that funding to ‘kick start’ further innovation and ensure future growth.”

The UK’s computer games industry saw a 34% rise in turnover last year, up to £697m 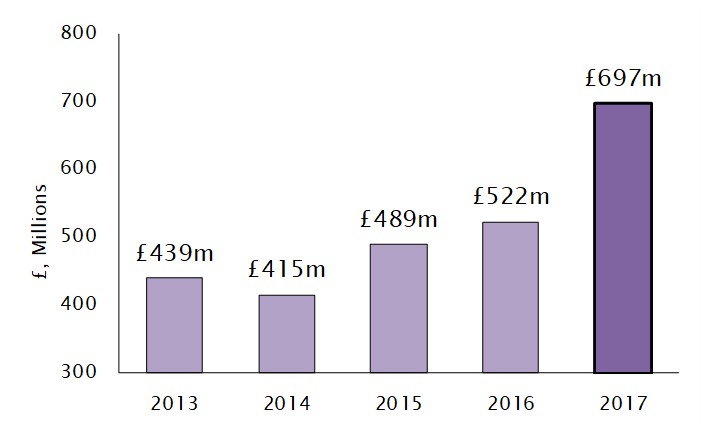 **The Association for UK Interactive Entertainment